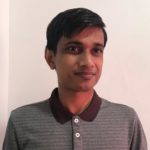 Android is a free and open operating system from Google that runs on all kinds of devices from phones, to tablets, and even televisions. Google provides everything to get started building Android apps for free while delivering capability to build Android apps on either Mac, Windows, or Unix. Apple also delivers iOS SDK(Software Development Kit) for free with basic registration, but with the necessity to become a standard or enterprise developer to get the developed app into the App Store.

XCode is a full-featured IDE that can be downloaded for free from the App Store. When publishing iOS apps to the App Store, XCode(or XCode command-line tools with experience) becomes an important tool for the process of publishing the App. Integrated GUI editor helps to save time and quality of the design and full-featured design experience through Cocoa Touch. Cocoa Touch is the application development environment for building software programs to run on iOS mobile platforms.

After installation of XCode from the app store open the app and find the Welcome page.

Select “Create New XCode Project” on the welcome screen and you’ll be notified with some choices on iOS, watchOS, tvOS, macOS, and Cross-Platform sections, but select Single View App on iOS section to start on developing Hello World app with Swift language. Afterward, give a Product Name (The App Name), Team, Organization Name, etc.. Mainly select language as Swift and user interface Storyboard. Press Next and select a folder and select Create to save the project on storage and start developing.

Now, XCode will open its Development Environment prepared for iOS app development. The left pane of the XCode IDE is the Navigator. You can get familiarized with project coding files and the XCode user interface that is different for each type of file.

If you select Main.storyboard you will see an image of the phone with an empty background. The small button with the right arrow represents build and run on the iOS simulator/ device. When you click on it, if you haven’t connected to an iPhone with the Mac you will see an iOS simulator that is supposed to simulate an iPhone device. Within some time it will show an empty app screen just as you saw on the Main.storyboard’s design scene. After selecting this Main.storybord file, select the Object Library button represented with a plus icon. Then you’ll get an object catalog window with design object elements. Just drag the Button object to the storyboard design view. Once, horizontal and vertical guides are aligned and the button is centered stop dragging and release the button to set it in place of the storyboard scene. You need to establish a connection between the “Hello World” button and the showMessage(sender: UIButton) method you’ve just added, such that the app responds when someone taps the Hello World button.

One response to “Mobile App Development on macOS”