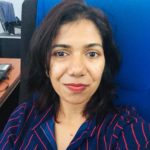 Facebook, Instagram, Twitter, and Snapchat are terms that are familiar to basically everybody and much more so to all eCommerce marketers. However, for quite a while there has been another rising start in the social media sky that causes even millennials to feel old- Tik Tok, which delivers impressive figures, some of which overshadow the established social networks.

Although TikTok has been recently being Banned in several Countries due to Government Policing and decisions, Tik Tok could be the next biggest social media platform to rule 2020, as it is #1 in the top 15 free top apps on the App store with massive adoption worldwide.

It’s hardly surprising that Tik Tok wants to get the most out of its sizable user base. Since November 2019, Tik Tok has been testing on social commerce. Social commerce includes eCommerce that empowers the acquisition of various products within the Application and speaks a new method for reformist marketers to promote and sell their own products.

Tik Tok recently announced the investment in social commerce with a new global partnership of eCommerce platform, Shopify. The integration with a third-party eCommerce platform will allow its users to shop as they scroll through its short-structured videos. This collaboration makes it easy for Shopify’s more than 1 Million vendors to reach Tik Tok’s more youthful crowd and drive more sales. This partnership will in the long run extend to include other in-App features.

Through the new partnership, Shopify vendors will have the option to get connected with a TikTok for a business account and add a TikTok tracker to their store, then turn the existing product images into videos for In-Feed video ads that will be circulated with the Tik Tok community.

Now the vendors will be able to focus on their audience across the gender, age, behavior, and video category to track their performances over time.  The campaign costs can be different depending on the objective of the vendors and the amount they want to spend.

New 1- click pixel– To begin with new highlights, vendors who need to publicize on Tik Tok will initially have to open a Tik Tok channel app and interface it for the business account and install the one-click pixel. Then they would be able to convey In-Feed video promotions by choosing the products they want to feature using ad templates specially designed for commerce.

Shopify had before highlighted Black-owned businesses in its own application, Shop. However, from Nov. 10 through Nov. 15, the TikTok users will have the option to peruse videos from more than 40 Shopify vendors by means of the new hashtag, and it’s going with marked impact inside TikTok, as well.

The Tik Tok partnership could help the video platform better go up against other sources of social commerce, including the development of a number of live streams shopping applications just as endeavors from Facebook and its family of apps.

TikTok indicates it intends to begin testing new in-application features includes that will make it simpler for users to find Shopify vendors and their items by extending their scope through video and for the profiles.

Tik Tok itself has been consistently increasing its tools for vendors and other social commerce features. To date, it has been experimented with allowing users to add eCommerce links to their bios; launched “shop now” buttons for video ads; and acquainted shoppable components to hashtags eth the eCommerce features.

Finally, Tik Tok has benefits as- a potentially new type of social shopping platform and it’s a video-based social network, more like Youtube, rather than a platform whose roots were in editorial quality images, like Instagram.

At this movement, Shopify vendors can run Tik Tok promotions via the Shopify dashboard. Perhaps, in near future depending on the sales of Tik Tok, vendors may likewise have the facility to sell products inside their Tik Tok clips, with direct links back to their Shopify stores. Let’s wait and see what’s new next!!

Sasuni is a graduate in Business Management from the University of Northumbria in UK who is currently working as a Marketing Associate at Konekt. Sasuni is specialized in Content Marketing, Social media Marketing, Digital Marketing and Growth hacking.